Over the last few years, medicine shortages have become a disturbing trend both in Belgium and in Europe generally. In Belgium, we have seen many cases where patients simply could not access the drugs they needed.

Why does this take place? There are several reasons, which involve how the pharmaceutical industry approaches price-setting and competition in Europe. But most fundamentally, these shortages take place due to disruptions in manufacturing and supply chains and a general limited global supply of medicine. For example, medicines produced in a country like China, with a growing population and demand, will be allocated to fulfill those needs before being shipped elsewhere.

But that’s not all. Pharmaceutical companies also fragment the market to obtain the highest possible prices in each Member State. What’s more, in the case of shortages at a European level, these companies first supply the highest priced countries to the detriment of the others (which are then being deliberately put under contingency or restriction of supply by the industry). What is the outcome of all of this? Patients suffer from what is effectively a geo-blocking of medicines. What is noteworthy is that of the medications that have received a parallel distribution license in Belgium, and thus the benefit of a competitive supply, none have been put under contingency or restriction of supply by the pharmaceutical industry (by fear of losing its market share).

Parallel distribution is one of the most efficient means we currently have to address and mitigate medicine shortages. But what is parallel distribution in laymen’s terms? It’s simply the process of a company purchasing medicine in one European country and selling it in another, all the while complying with the strictest EU standards that we all enjoy.

Here’s a real world example: during a recent shortage in Belgium, parallel distribution brought in 335k boxes of medicine from other EU countries – equal to 814k months of missing treatment. This enabled Belgians all around the country to get the medicine they needed.

Of course, parallel distribution only deals with surplus medicine in Member States. Never will it force one Member State to give up medication it needs to supplement supplies elsewhere in the EU. This is part of the Public Service Obligation, which is a foundational and important part of  European law.

The case of the Bulgarian cooperation 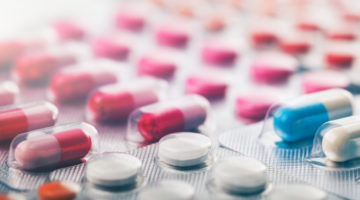 Medicine withdrawals are deepening shortages and blocking patients’ access to essential treatments in Romania. Parallel import – yet an unexplored solution to shortages.